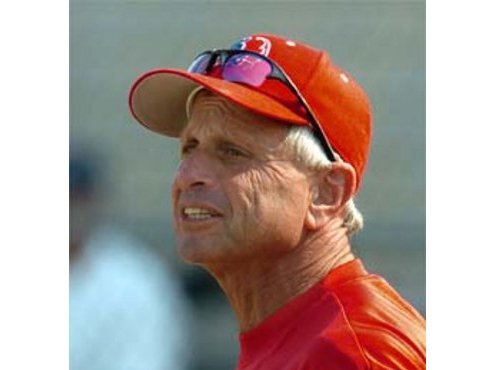 The American Baseball Coaches Association announced its selections for the Hall of Fame class of 2019 and among them was none other than Yarmouth-Dennis manager Scott Pickler.

Pickler, like many young children, got hooked on baseball by his father.

?[My dad] coached me when I was young and he?s a people person and he just made it fun to play baseball,? coach Pickler says. ?Then I got to Jim Reach, [and that?s when] I learned how to play the game.?

?[Reach was] just a student of the game, just outstanding,? Pickler remembers. ?And he took a group of us ? juniors and seniors ? ?and we won a CIF title, that?s the state title out in California. He taught us how to work. He taught us how to play with class. I learned a lot of strategy from him and he taught me what coaching was all about. I wanted to be like Jim Reach.?

Pickler earned Athlete of the Year honors at Savanna HS in 1968, his senior year.

In his return to the California high school baseball ranks, Pickler posted a .774 winning percentage over six seasons wi/th aforementioned Savanna and Loara (CA) High School. He won the CIF championship in 1983 with Loara.

How does he sustain his success? Pickler traces it all back to his high school coach, Mr. Reach.

?[Reach taught me] how to treat players,? Pickler says. ?How to get the most out of players. And what he expects on a daily work ethic as players. Everything that he is about is what I incorporate [into my coaching philosophy].

?[My philosophy is:] recruit good athletes that are good people that aren?t afraid to work. When you?re recruiting ? when a coach tells you ?this guy?s a baseball player,? that?s the best thing they can say. A little bit like Nico Hoerner from last year. Nico Hoerner, unbelievable baseball player. Donnie Walton played here, unbelievable. Chris Taylor, Joe Panik. They knew how to bring it every day, all 44 games and then through the playoffs. Those guys, you didn?t ever have to slow them down. And they never took pitches off, they never took days off. They knew how to bring it every day.?

And in his 40th year of coaching, Pickler is still hanging with the best of the best. The Y-D Red Sox, who Pickler is managing for the 21st season, are in first place in the East division and have the best batting average and on-base percentage in the league.

Despite all of his success, Pickler says making the Hall of Fame was never one of his goals.

?I never aspired to do that,? Pickler says. ?In fact, I looked up to all [the Hall of Famers]; they were my idols.?

Still, Pickler is grateful to have the opportunity to be inducted: ?To be in [the Hall of Fame] is pretty special.?