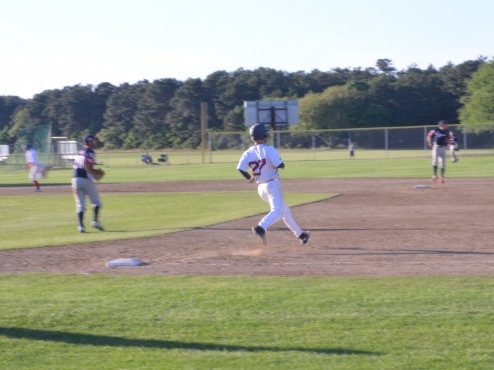 SOUTH YARMOUTH, Mass. ? Tyler Houston (Butler) had himself a day at the plate as the Yarmouth-Dennis Red Sox pushed past the Bourne Braves, 5-1 Saturday at Red Wilson Field.

Houston went 3-for-4 with two doubles and a single. It was his 2016 debut for Y-D after being released by Bourne on June 17.

The pitching for the Red Sox was lights out. Michael Baumann (Jacksonville, 1-1) got the start on the bump, while going five innings with three strikeouts and no earned runs. The win was well deserved after only letting up a solo run.? Collin Snider (Vanderbilt) came in for relief. He had an impressive performance, pitching 3.1 shutout innings and surrendering just two hits. Calvin Faucher (California Irvine) earned his first save of the season.

The Red Sox wasted no time, getting off to a quick 1-0 lead. A beautiful catch by Bourne centerfielder Jake Mangum (Mississippi State) prevented Y-D from having a breakout inning. The Red Sox were then able to acquire another run in the bottom half of the third frame.

In the fifth, Bourne got their only run of the game on an RBI double by Willy Yahn (Connecticut).

From this point forward the Red Sox controlled the game on both sides of the ball. Offensively they were able to score three more runs, mustering 11 hits in the contest. Defensively, the pitching staff was able to shut down the Bourne offense.

Y-D plays on Sunday at Chatham. First pitch is at 7 p.m.