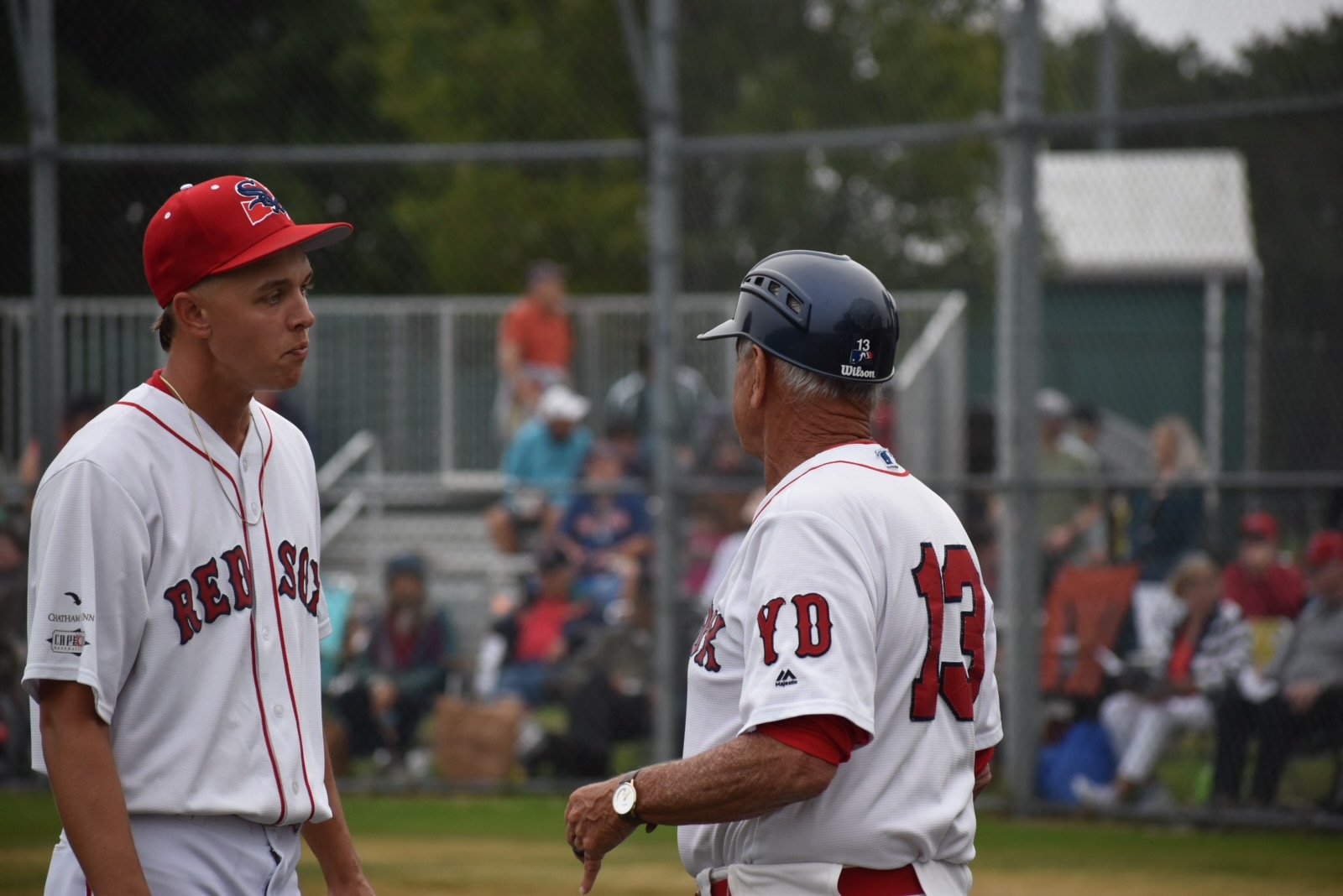 After an off day, the well-rested Red Sox stayed home on Friday for their first look at the Cotuit Kettleers this season. Y-D (2-2-1) was hopeful to bounce back from their 7-1 loss in Wareham on Wednesday, but fell short in a 16-5 slugfest.

The Kettleers (2-2) got their bats going early and put up two runs on three hits in the second inning that included a two-run double by Cotuit second baseman Brett Roberts (Tennessee Tech).

The Red Sox rallied in the bottom of the frame and scored two of their own to tie it up. Briley Knight (Portland) led off the inning making it to first base on an error by Roberts. Cade Hunter (Virginia Tech) then moved Knight to third with a double off the center field fence. A strikeout by Andrew Compton (Georgia Tech) brought up Tanner Smith (Oregon) who walked to the plate with one out and men on second and third. He fouled off five pitches with two strikes and on the tenth pitch of the at-bat, found some open grass out in center field for an RBI single. Peyton Graham’s (Oklahoma) groundout to shortstop would help Hunter cross the plate and tie the game 2-2 at the end of the second inning.

The Red Sox were not able to keep the game close for very long. On the first pitch in the top of the third, Brooks Baldwin (UNC Wilmington) sent the ball flying over the right field fence for his first homerun of the season, and a Kettleers lead.

The next three Cotuit batters would then load the bases for Luke Gold (Boston College). On a 3-2 count, Gold crushed the ball into the trees in left center field for a grand slam. That would end the night for Y-D starter, Zach Jacobs (California Riverside), who finished the night with two innings pitched, seven hits, seven runs, and a strikeout.

Jacob Meador (Texas Christian) would take over in relief of Jacobs, but the Kettleers stayed hot and picked up four more runs for a total of eight in the third inning, making it a 10-2 ballgame.

Cotuit tacked on three more runs in the sixth from a three-run homer by Eric Brown (Coastal Carolina). Y-D’s offense remained stagnant until Peyton Graham scored in the bottom of the seventh on a wild pitch, good for their third run of the game.

The Red Sox put up two more runs in the eighth thanks to a Compton sac-fly that would score Tyler Williams (Arkansas Little Rock), and an RBI single by Graham to bring around Fernando Gonzalez (Georgia).

By the end of the eighth, the sun had gone down and the game was called for darkness, officially giving Y-D their second loss of the season. They stay in Yarmouth tomorrow night for an Eastern Division matchup against the 2-2 Orleans Firebirds.

Y-D fans will get their first look at Patrick Gallagher (UConn) tomorrow who is set to take the mound for the 5:00 start. The righty was 5-2 with a 4.44 ERA this season for UConn.

The Red Sox remain at the top of the East division tied with the Chatham Anglers at five points a piece.