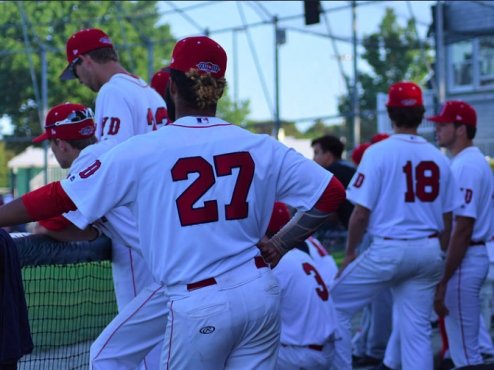 COTUIT ? It was a Father?s Day to forget for the Yarmouth-Dennis Red Sox, as they dropped both games of a twin bill to the Cotuit Kettleers on a beautiful Sunday afternoon at Lowell Park.

After jumping out to a three-run lead behind an Andrew Daschbach (Stanford) sacrifice fly and a two-run home run off the bat of Brad Beesley, Cotuit put up a four-spot in the bottom half of the third to go ahead by one. The score would remain that way until the sixth inning, when Zach Ashford (Fresno State) came on as a pinch-hitter and delivered an RBI single that brought home Matt Dyer (Arizona) as the tying run.

Garrett Gayle (Rice) set the Red Sox down 1-2-3 in the top of the seventh, setting the stage for the Kettleers to walk it off in the home half of the inning.

Y-D held a 3-2 lead over Cotuit after four in the second game of the doubleheader, but a nightmare fifth inning proved to be the team?s downfall.

The Kettleers drew five consecutive walks and batted around in the fifth, exploding for six runs despite putting just three balls into play. Ryan Lefner (St Louis) entered in relief for Cotuit in the fifth and allowed just two Y-D base runners the rest of the way, earning his first win of the season for his efforts.

While the Red Sox only scored a combined seven runs Sunday, it wasn?t for a lack of opportunity. Y-D simply couldn?t take advantage of runners in scoring position in either game, stranding six men on base in the first game and an astounding 12 in the second. The pitching staff has been a strength of the team thus far and figures to be for the entirety of the season, but they won?t be perfect every outing, as evidenced by Sunday?s effort.

Play of the Day

With two outs in the seventh, Alec Marsh was simply looking to send the game to extra innings. After securing the first two outs of the inning, he would get ahead of Zach Biermann 0-2. His third pitch caught too much plate and Biermann played hero as his single to right was the walk-off winner for Cotuit.

The Red Sox are back in action Tuesday, as they head on the road to Stony Brook Field to take on the Brewster Whitecaps. First pitch is scheduled for 5:00 p.m.