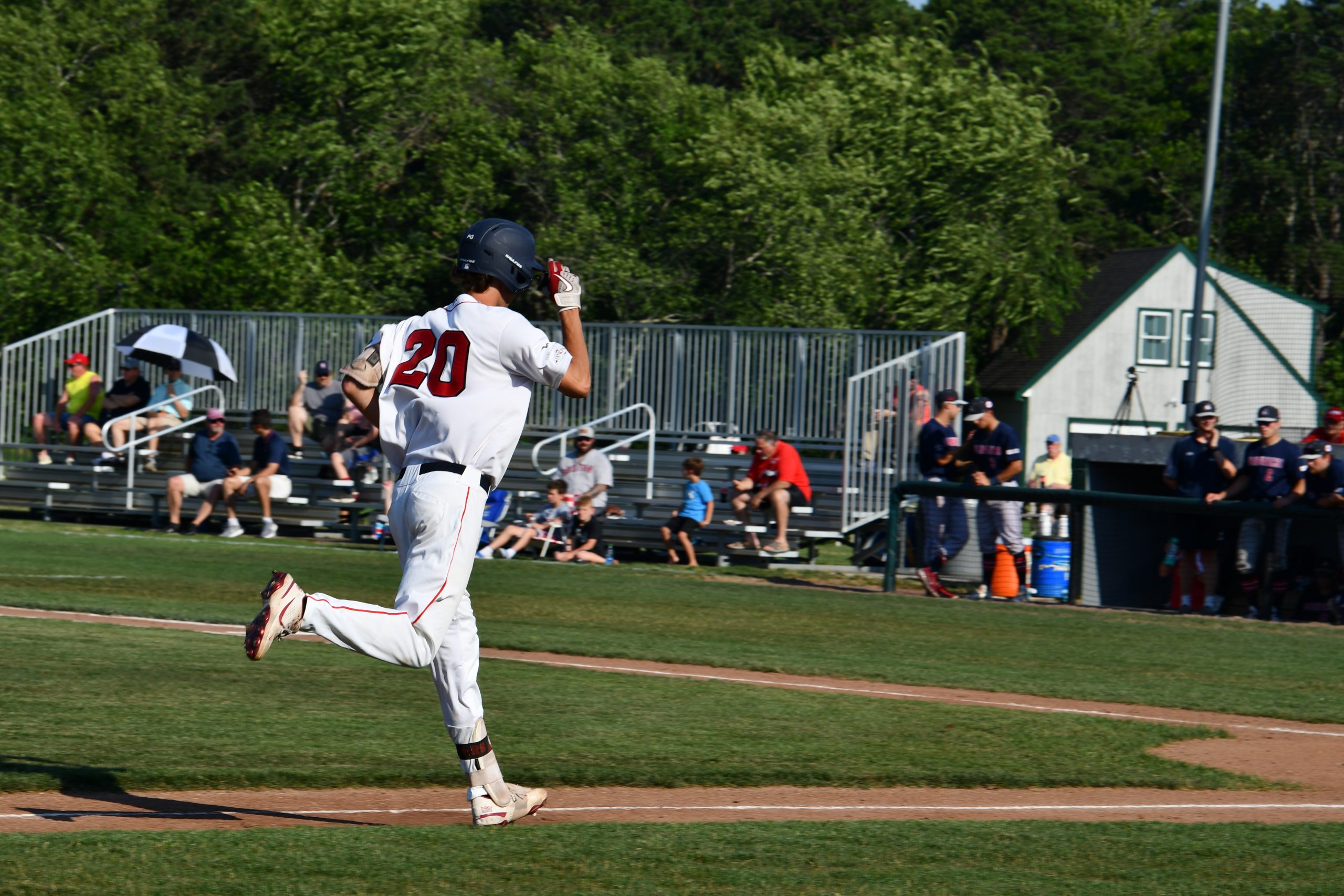 The Y-D offense exploded on Tuesday night picking up 15 hits and six runs as the Harwich Mariners came to town for their second matchup of the season.

It was the perfect mix of timely pitching and hot bats that pushed Y-D ahead from the start. Y-D pitcher Nick Dombkowski started the game on the right foot with a 1-2-3 inning on just nine pitches.

The offense played off of that energy with Peyton Graham leading off the bottom of the first with a shot off the left field fence for a double. An error by the Harwich second basemen got Tanner Smith to first, bringing up Brooks Lee to the batter’s box with runners on first and third. On an 0-2 count, he blasted the ball into the centerfield trees for his third home run of the season and his second in the last two games. By the end of the first inning, Y-D had four hits, three runs, and an early lead.

Harwich did not back down though, and in the top of the second inning Mariners’ catcher, Pat Winkel, took Dombkowski deep for a solo home run. Dombkowski was able to get the following three batters out in order to limit the damage and end the inning.

Graham came to the batter’s box in the bottom of the second and kept the momentum going for the Red Sox with his second home run of the season, and extended the Y-D lead, 4-1. Lee continued that rally with a line drive to right field, and another infield error by the Mariners gave Y-D a second chance to keep the inning alive. With two outs, Nathan Baez’s base hit up the middle brought Lee home for Y-D’s fifth run of the game.

Graham was very happy with how the team bounced back from a couple lackluster games offensively. He ended the night with 4 hits including a home run that brought his season batting average up to .394.

“I’ve made quite a few adjustments to take out the dip in my swing and get some low line drives going, and it’s paying off,” Graham said.

The bottom of the 4th brought the Red Sox more good fortune when Chase Luttrell doubled into center field. Baez followed that with a single to right. With runners on second and third, Harwich’s relief pitcher, Trey Dombroski, threw a wild pitch to score Luttrell from third, giving the Red Sox their sixth and final run of the game.

Y-D manager, Coach Pickler, was much happier with Tuesday’s result compared to the last two. He’s hopeful the team can build off of this momentum and continue to produce on offense.

“We’re gonna swing the bat. I like that in my players. We were in a little bit of a funk, maybe we’ll jump out of it now… I thought Hoffman did a great job at second base. I thought Peyton made a great adjustment with the bat. Wyatt has got some hits going the other way, guys are buying in a little bit. We’ll see. We get to go again tomorrow,” Pick said.

Coming into the ninth, the Red Sox had a 6-3 lead, but a base-hit got Cade Beloso on first, a few wild pitches got him to third, and a groundout to the right side brought him home. Christian Culpepper came in for Y-D to close out the game. He forced the RBI groundout, struckout the following batter, and ended the game with a groundout to second for the save, and the Red Sox victory.

Dombkowski gave the team another strong start with 5 innings pitched, 2 earned runs on 5 hits, and 5 strikeouts. His ERA stands at 1.64.

Y-D is now 2-0 this season against the Mariners, and they have an overall record of 4-2-3. They play their third and final game of the home stand on Wednesday night in search of revenge on the Wareham Gatemen.