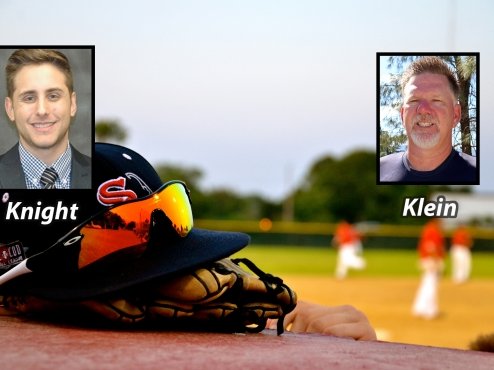 A veteran among the coaching ranks, Klein brings a wealth of pitching experience to a team that has assembled some of the nation?s top collegiate arms over the last several summers.

Klein is currently in his second stint as an assistant at the College of the Canyons (Calif.), where he works with the Cougars? pitching staff. After serving in the same position from 1982 to 1984, he returned to COC in 2013. Under his guidance, the program earned three consecutive appearances in the CCCAA State Finals from 1982-84, with the 1983 squad capturing the state championship.

He later moved on to the University of Southern California, spending 19 years as an assistant under head coach Mike Gillespie. During his time in Los Angeles, Klein guided the Trojans to four College World Series appearances and helped the 1998 team to the national title.

A former pitcher at COC, he was drafted by the California Angels in 1979 and later served a brief stint in the Angels? minor league system.

Before heading to Oxford, Knight was a four-year letterman in baseball at Sumrall (Miss.) High School. Under his father, head coach Larry Knight, he earned Louisville Slugger All-American laurels (2011), along with All-State recognition (2010, 2011). He was selected by the Philadelphia Phillies in the 43rd round of the 2011 MLB Draft.