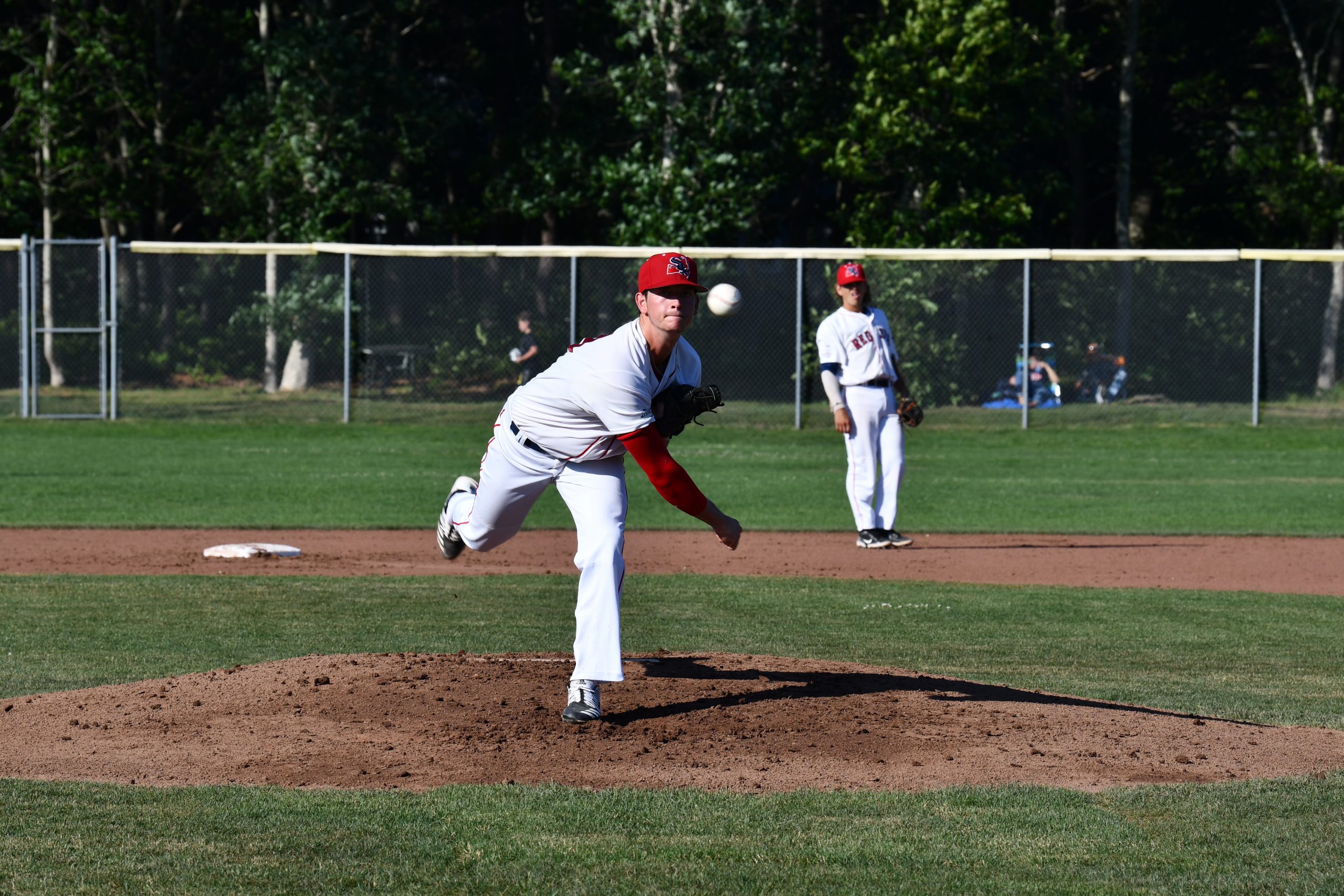 YARMOUTH– Pitching and defense continue to be a strong suit for the Yarmouth-Dennis Red Sox, as the final was another draw at Red Wilson Field Wednesday night against the Wareham Gatemen.

It was a back-and-forth game through all nine innings that ended in a 3-3 tie.This is the fourth tie we have seen this season from Y-D, nevertheless they are currently sitting at the top of the East Division standings with a (4-2-4) record. They have accumulated 12 points and are 2 points ahead of the Brewster White Caps (4-2-2).

The starter for Y-D, Zach Franklin (Western Carolina University), pitched 5.1 innings, allowing three hits and one run while striking out five. The only run he allowed was a solo home run in the fifth inning to Jay Williams that put the Gatemen on top 1-0.

The Red Sox responded in the bottom of the sixth inning when Chase Lutrell (Long Beach State) produced a run for Y-D with his speed on the basepaths. He led off the inning with a walk and later stole second and reached third on a passed ball. Tanner Smith (University of Oregon) followed up with a walk of his own. With runners on first and third, the Wareham pitcher delivered a pitch that reached the backstop, scoring Lutrell and advancing Smith to second. Wyatt Hoffman (University of Pacific) blasted an RBI double down the left-field line, scoring Smith from second and putting the Red Sox up 2-1 heading into the 7th inning.

In the top of the seventh inning, Wareham responded by launching back-to-back solo home runs by Owen Diodati and Jay Williams — Williams’ second of the game — to take the lead 3-2.

Y-D did not go down easy, showing some life in the eighth inning. Nathan Baez (Arizona State University) led off the inning with a line-drive double down the left-field line. Tyler Williams (University of Arkansas Little Rock) entered the game as a pinch runner for Baez and advanced to third on a wild pitch. With no outs and a runner on third,Tanner Smith flew out to right field, but it was deep enough to score Williams from third, tying the game at 3-3.

Yarmouth-Dennis could not get anything going in the bottom of the ninth, and the game ended in a 3-3 standstill.

Yarmouth-Dennis has the day off on Thursday and travels to Chatham on Friday night to face off against the Anglers under the lights at 7:00 PM. They hope to continue to pitch well and heat the bats up.