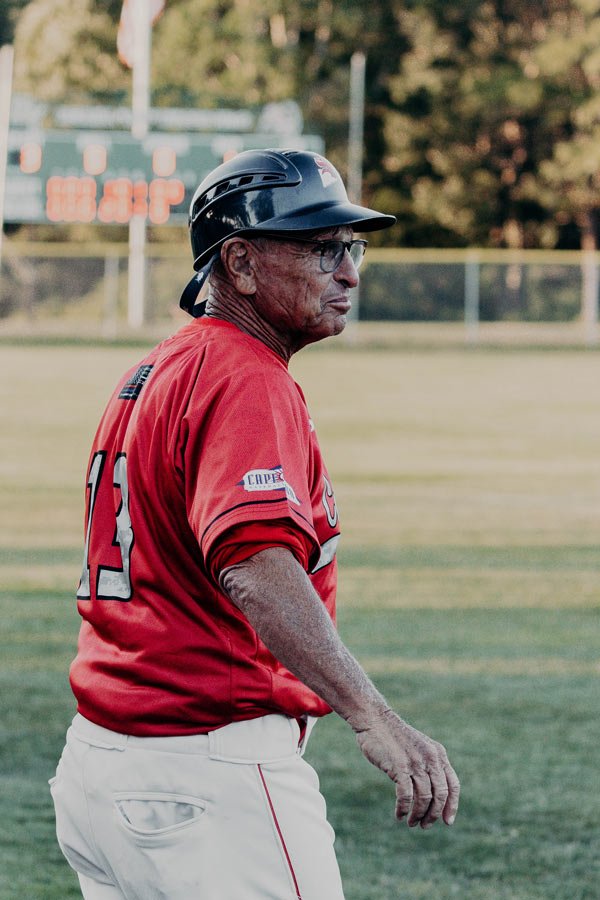 The mood in Lowell Park pregame on Saturday was one ripe with anticipation. Entering the night, Field Manager Scott Pickler was just one win away from becoming the winningest manager in Cape Cod Baseball League history with 540 wins.

Standing in Pickler and Y-D’s way was the Cotuit Kettleers, who have been far and away the best team in the league through the first two weeks of the season.

The Red Sox were able to hand the Kettleers their second straight loss, however, winning 5-3 to earn Pickler the record-breaking win and move them to 6-4-2 on the season.

“I’ve been very lucky for 24 years to have great players, great assistant coaches,” Pickler said postgame. “There’s all kinds of great coaches in this league, better coaches than me. I’ve got more years than all of them, that’s the reason I have this record.

“It’s not me, though, it’s the players and the assistant coaches that make it so rewarding.”

While Pickler has not been with this specific group of players for long, he is already making his mark.

“It’s awesome,” Luke Shliger said postgame. “I’m only here for a small amount of his 500-something wins. He’s definitely a legend up here and it’s nice to learn some knowledge from him.”

Y-D and Cotuit came into the day as the two best pitching teams in the Cape, and the matchup lived up to that billing early on. Y-D was only able to record one base hit in the first four innings.

The Kettleers jumped on top early, grabbing two runs in the third on back-to-back hits from Brooks Baldwin and Tyler Johnson. After four innings, the 2-0 score held firm.

After Tyler Bosma walked two and allowed a single to load the bases in the 5th with no one out, the Red Sox had a prime chance to not only get back in the game but the chance to tie it or take the lead.

That sense only heightened when Tennessee’s Mark McLaughlin came into the game in relief and spiked his first pitch, allowing Chase Meidroth to score from third and the other two runners to advance.

McLaughlin rebounded perfectly, however, executing every pitch from there out to preserve the lead and get out of the inning without further harm.

In the 6th, Mike Boeve drew a leadoff walk and advanced all the way to third on a wild pitch. During the next at-bat, Boeve sprinted home to tie the game on another wild pitch.

On the mound, Bryce Robison was able to hold the Kettleers bats at bay outside of the third inning, working five innings allowing just the two runs, and striking out three.

Bayden Root made his first appearance of the summer for Y-D and was able to work out of a jam in the 6th thanks to some defensive help.

With two on and one out, Cotuit tried to execute a double steal to put both runners in scoring position. Shliger’s throw went to third but was high. Zachary Cole slid in safe as Jordan Thompson leaped the save the throw from going into the outfield.

After diving in safely, Cole popped up off the base for a split second, and Thompson was holding the tag on to steal an out.

Jordan after the game described that there was a bit of trickery involved, as he pretended briefly that the ball had gone over his head before re-applying the tag.

“That rarely works,” Thompson said after the game, laughing while recreating his glove hand swipe. “That barely ever works, but it worked there.”

On the next pitch, Root struck out Cameron Collier and Shliger fired a fastball to first to beat the runner trying to reach first on a dropped strike to retire the side.

The Red Sox finally broke through in the 8th, scoring three runs on three hits. They were on the right end of an unusual play for the first run of the inning. Cotuit catcher Justin Mikvis fired a throw to second to try and throw out Chase Meidroth trying to advance on a wild pitch.

The issue was that no one was there to take the throw. The ball rolled into center field, allowing Luke Shliger, who started the play on 2nd to trot home for the lead.

“It was originally a bunt sign, then turned into a wild pitch,” Shliger recalled. “I tried to take the extra base, and I look and the ball is in center field.

“It was a weird play but good things happen when you’re aggressive.”

Luke Jewett, who entered in the 7th, allowed one run to score in the bottom of the 8th, but was lights out after that, setting the Kettleers down in order in the 9th to punctuate the win.

“Jewett was outstanding, Robison kept them off balance, some key hits… it was fun to play in,” Pickler said. “Typical Cape League game, one team gets a break, the big hit, and the win.”

The Red Sox are now 6-1-1 over their last eight games and stand atop the East Division with 14 points. With the all-time wins record now in the rearview, Pickler is looking forward to competing for the rest of this season.

“It’s taken them (new players) a few days to get used to me, me to them, and them to the game,” Pickler said. “I hope we build on this and keep moving.”

Y-D returns to action tomorrow, hosting the Falmouth Commodores for a doubleheader before an off day on Monday.