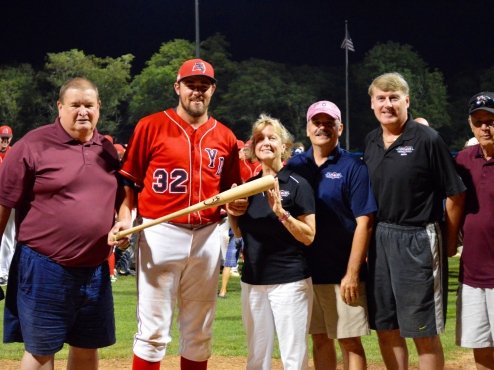 Highlighting the group were Ben Bowden ?15 (Vanderbilt) and Donnie Walton ?14-15 (Oklahoma State), both of whom shared the 2015 Star of Stars Award, presented to the most valuable player in the Cape Cod Baseball League playoffs.

A native of Lynn, Massachusetts, Bowden was the first Y-D draft selection, being picked by the Colorado Rockies in the second round. He made 13 appearances out of the Y-D bullpen in 2015, tossing 30 innings. Nearly completing the summer without surrendering a run, he allowed just one after 29.2 innings of work. He finished the season with a combined ERA of 0.30.

After spending a portion of the 2014 season with Y-D, Walton returned in the summer of 2015 to compile a .294 batting average en route to the Red Sox? second consecutive Cape League Championship. Playing primarily at shortshop, the Stillwater, Oklahoma product was named East Division MVP at the 2015 Friendly?s Cape League All-Star Game. He was selected by the Seattle Mariners in the fifth round.