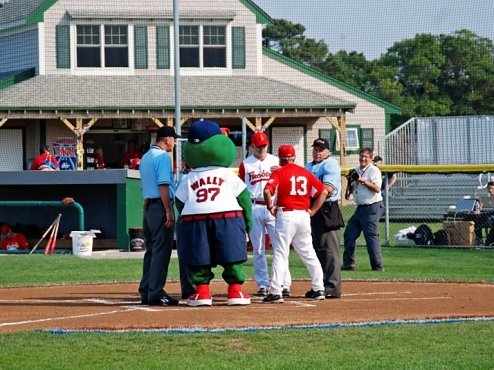 SOUTH YARMOUTH, Mass. ? As the winter months progress, so do the behind-the-scenes workings of the Cape Cod Baseball League and its ten teams.

For the Yarmouth-Dennis Red Sox, preparations are well underway for the summer of 2014.? As part of those preparations, the team is actively searching for player host families and team interns.? The former experienced a change following the 2013 season, as the organization welcomed Susie Bent as its Director of Player Housing.

Susie Bent to Coordinate Housing in 2014

Bent has assisted the Y-D organization in various capacities since 2010, hosting Y-D players and coordinating the team?s youth clinics.? A graduate of the University of Massachusetts, she has served on the organization?s executive board for the past two seasons and began coordinating team housing after the retirement of longtime director Barbara ?Mrs. E.? Ellsworth.

Individuals who may be interested in serving as Y-D ?host parents? in the summer of 2014 or have questions may contact Susie directly via email at ssbent1@comcast.net or via telephone at (774) 212-1118.

In addition to the aforementioned host family search, the Red Sox are also looking for interns.? Team interns are responsible for the execution of various activities in the Y-D organization, including operations, marketing, and fan experience.? Furthermore, the team is seeking social media and photography interns, along with a writer, all of whom will work together to maintain recent increases in the team?s online presence.

Previous interns have gone on to serve ESPN, the Arizona Diamondbacks, the New England Patriots, and several collegiate athletic departments in the Pac-12, SEC, and Atlantic 10 Conferences.

Individuals interested in serving the Yarmouth-Dennis Red Sox in these capacities in 2014 should submit a resume and letter of interest to Joe Rubin via email at jmr2004@verizon.net.? Rubin may also be reached for questions and other inquiries at that address.