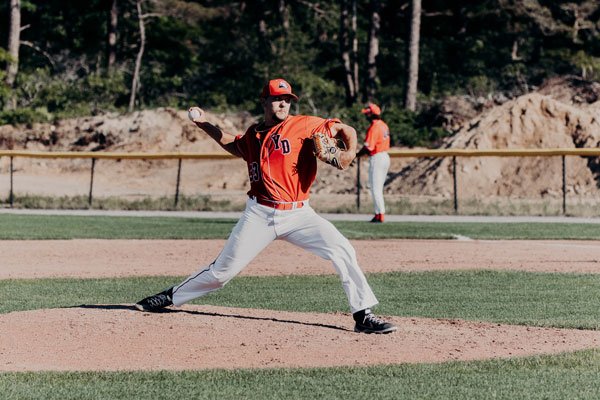 Dylan Ray, a current member of the Y-D roster, was selected by the Arizona Diamondbacks in the fourth round with the 108th overall pick. Ray pitched 11 innings this summer with a 1.63 ERA. He struck out 17 opposing hitters and allowed just two earned runs this summer. This past spring, Ray was named to the Freshman All-SEC Team after recording eight saves and striking out 49 batters for the Alabama Crimson Tide.

Another member of the 2022 Y-D team, Chase Meidroth was selected by the Boston Red Sox with the 129th overall selection. Meidroth spent this summer with Y-D, hitting .286 with a team-leading .815 OPS. He played three seasons with the San Diego Torreros, including this past spring when he was an All-WCC First Team selection after hitting .329 with 19 doubles.

Dominic Keegan was selected 134th overall by the Tampa Bay Rays in the fourth round. Keegan only played in 13 games for Y-D last summer, but he had a huge impact. He swatted five home runs and hit .302 with a 1.039 OPS for the Red Sox. In his fourth season at Vanderbilt this spring, Keegan hit .371 with 14 homers and 17 doubles, driving in 67 runs.

With the 153rd pick, the Cincinnati Reds selected former Y-D catcher Cade Hunter. Hunter played 26 games for the Red Sox last summer before returning to Virginia Tech for his junior year. With the Hokies this spring, he hit .330 with a 1.077 OPS, launched 17 homers and drove in 66 runs. He also stole 11 bases on 12 attempts.

Y-D’s 2022 opening day starter, Will Rudy was selected 162nd overall by the Milwaukee Brewers. Rudy pitched two seasons at Cal Poly Pomona, breaking out this past spring with a 3.10 ERA. He struck out 96 in 87 innings for the Broncos, and walked just 15 opposing hitters all season.

The Texas Rangers selected Luis Ramirez with the 199th overall pick. Ramirez pitched for Y-D last summer and struck out 33 in 29 innings, pitching to a 3.10 ERA. He pitched for the third season at Long Beach State this spring, with a 2.14 ERA and 38 strikeouts in 33.2 innings.

Adam Maier was selected 215th overall by the Atlanta Braves. Maier spent last summer with Y-D, pitching in six games and striking out 27 in 25.2 innings on the mound. He only pitched three times this spring with Oregon before injuring his arm and missing the rest of the season, but Maier still showed enough for the Braves to select him.

And with the second-to-last pick of the day, the Los Angeles Dodgers selected catcher Simon Reid 315th overall. Reid played just four games for Y-D this summer, but was the team’s opening day catcher and caught two runners stealing. He played three years at Westmont College, hitting .378 this spring with a 1.089 OPS, 12 homers, 20 doubles, and 56 RBI from the catcher position.

The MLB Draft continues with the third and final day Tuesday, with rounds 11-20. More current and former Y-D players will hope to hear their names called.