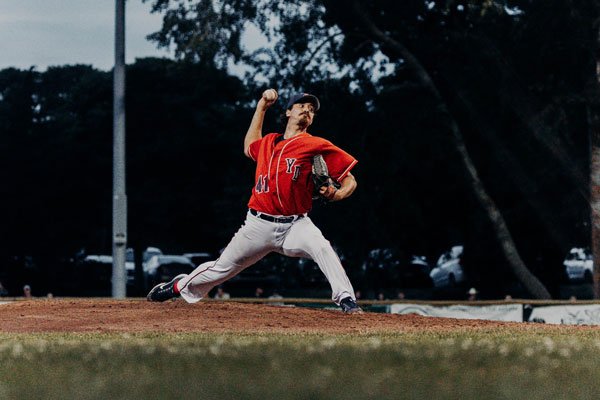 With the 354th pick, the Minnesota Twins selected former Y-D catcher/first baseman Nate Baez. Baez played 18 games for Y-D last summer, with four of his 13 hits going for extra bases. This spring at Arizona State, Baez hit .319 with a .965 OPS, driving in 48 runs and hitting 21 doubles.

Jacob Meador was selected with the 375th pick by the Los Angeles Dodgers. Meador pitched in 10 games for Y-D last summer, pitching to a 3.62 ERA and striking out 34 in 27.1 innings of work. After transferring to Dallas Baptist for this past season, Meador struck out 91 opposing hitters in 68.2 innings.

The Minnesota Twins selected C.J. Culpepper with the 384th overall pick. Culpepper appeared in 10 games for Y-D last summer with a sparkling 1.72 ERA. He earned four saves and struck out 23 in 15.2 innings while walking just two. He wrapped up his third season at California Baptist this spring, striking out 76 in 69 innings and finishing the year with a 3.26 ERA.

Jared Lyons became the first current Y-D player to be picked on day three of the draft, going to the Cincinnati Reds with the 423rd pick. A two-year Y-D player, Lyons was named a Cape League All-Star this summer after pitching to a 1.84 ERA and striking out 33 in 29.1 innings. He started the summer with 16.2 straight scoreless innings. Lyons pitched the last four seasons at George Mason University.

Just seven picks after his teammate was picked, Kris Bow was selected 430th overall by the New York Yankees. Bow pitched 17 innings for Y-D this summer, striking out 19 and pitching to a 2.12 ERA. He was named the Region 18 Relief Pitcher of the Year after a stellar season for the College of Southern Nevada, where he pitched to a 2.16 ERA and struck out 64 in 41.2 innings.

With the 534th pick, the Minnesota Twins drafted current Y-D pitcher Zach Veen. Veen appeared in seven games for Y-D this summer, pitching to a 1.35 ERA with 14 strikeouts in 13.1 innings, earning two wins. In his third season at Point Loma Nazarene this spring, Veen recorded a phenomenal 19.67 K/BB ratio with 59 strikeouts in 49 innings while walking just three. He recorded a 1.29 ERA for the Sea Lions this spring.

Another two-year Y-D player to get picked, Zach Jacobs was selected 541st overall by the Cleveland Guardians. Jacobs pitched in just three games this summer for Y-D, but threw 25.1 innings for the Red Sox in 2021 over eight appearances. Jacobs pitched three seasons for UC-Riverside. He missed time this year and making just two appearances, but pitched 80 innings for the Highlanders in 2021.

Luke Franzoni was selected 568th overall by the Los Angeles Angels. Franzoni appeared in 15 games for Y-D this summer, hitting two home runs and driving in eight. He set Xavier’s single season home run record this past spring with 29, hitting .354 with a 1.306 OPS and earning Big East Co-Player of the Year honors. He hit 52 home runs for the Musketeers in four seasons.

Finally, Jaret Godman was the final player with Y-D ties to be selected, going 579th overall to the Boston Red Sox. Godman appeared in 10 games for Y-D last summer and struck out 20 in 17.2 innings. This spring, he wrapped up his fourth year at Oklahoma, pitching 19.1 innings for the Sooners out of the bullpen.

In total, 22 Y-D players were drafted over the last three days. The Minnesota Twins chose four Y-D players, the most of any organization, while the Boston Red Sox, Los Angeles Dodgers, New York Yankees, and Cincinnati Reds all picked two Y-D players apiece.