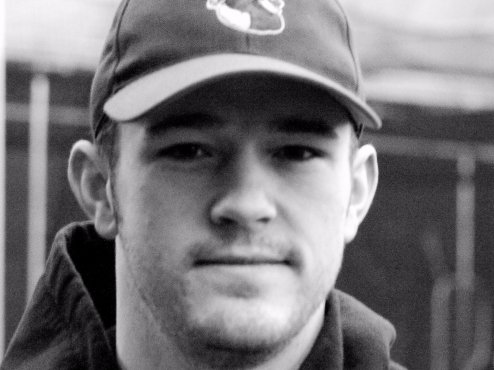 SOUTH YARMOUTH ? The arms of the Yarmouth-Dennis Red Sox rest on the mind of Matt Blake.

No, this is not a lesson in physiology ? I would not be the person you?d want to consult on that topic. Instead, it?s a testament to the influence of pitching coach Matt Blake?s impact on the Y-D staff with his ability to use the philosophy of functional anatomy in aiding the stars of tomorrow today.

“We?ve found a nice niche where we keep guys healthy as well as develop their velocity. That?s something we?ve made our name for in the nationwide market. We got a lot of professional athletes who come to see us,? Blake said.

Ranging from Cy Young winners like Corey Kluber to collegiate stars to high-profile high schoolers, Blake casts a wide net to share his philosophies of the art of pitching ? with the trickle-down effect proving to be a powerful teaching tool.

?I think it?s interesting to see the developmental chain ? you see some traits from 15-16 year-olds that can translate at the next level. It?s so beneficial to be working with these professionals to see what it takes. They don?t look any different than anyone else and they come in all shapes and sizes ? whether their 6-foot-5, 245-pounds or 5-foot-8, 170 pounds. As long as you have some certain intangibles and work everyday it gives you the tools to be successful.?

It is that background, coupled with helping the New York Yankees as a regional scout and serving as the pitching coach for the acclaimed Massachusetts high-school baseball program at Lincoln-Sudbury Regional High School, that made manager Scott Pickler bring Blake to Yarmouth-Dennis this season.

?I can get anybody to just stand out there, but Blake?s a guy who understands the game, knows what it takes at all levels and how to protect their arms in the process,? Pickler said.

Corralling a staff of 13-plus pitchers on separate but equal regimens is no small task, especially when the manager hands the reigns of the pitching staff over to a coach who?s never handled this big of a staff before. While Pickler leans on Jenzen Torres, Roberto Mercado and James Cordes to help with the positional players, Blake is, for all intents and purposes, the only coach to manage the pitching staff.

?I?ll dabble on the pitching, but I wanted someone to really take charge of the staff,? Pickler said. ?I have three guys to help me with the positional players, but I have only one guy to handle the pitchers.?

Sometimes handling the staff means more than just charting bullpen sessions and relaying to Pickler who?s stronger glove-side and who?s better arm side. With a staff that?s comprised mostly of starters and closers in college, often times it?s managing expectations and egos while getting players to buy into smaller roles.

?You have to be a psychologist too,? Pickler added.

As a psychology major and philosophy minor from Holy Cross, Blake has balanced the roles of teacher and peer as the Red Sox are a game within capturing the Cape Cod Baseball League crown for the second time in as many years. He can often be spotted down the right field foul line at Red Wilson field cracking jokes with the staff while they get work in the bullpen or stretched out with foam rollers. I?d watch out for Ben [Bowden]. He?s from Lynn, man. I wouldn?t mess with him, he once stated as the staff jokingly debated who was the toughest pitcher.

Beauty of being a starter is that @TylerThomas_7 can fulfill his role as 90s childhood hero, Steve Urkel, on off days pic.twitter.com/USQzqgCE7E

Alec Eisenberg, a starter for the Hofstra Pride relegated to relief duties in South Yarmouth, echoed that sentiment.

?He?s loose ? always cracking jokes on us, [but] he knows what he?s talking about and he has a great way of showing it. He focuses on everyone individually. He?s helped the whole staff a lot.?

While he?s focused on Eisenberg staying back in his delivery and shortening his stride to create more power and balance, he?s helped Y-D?s top two starters, Ricky Thomas and Brandon Bailey, add to an already loaded arsenal.

Bailey is equipped with a mid-90?s fastball, a good change and a slider that?s his strikeout pitch, but has been working with Blake on developing a two-seam fastball to run in on the hands of righties.

Thomas? pinpoint control of his high-80?s fastball, a dominating change and an off-the-table curve may have made him one of the darlings of the Cape League ? sporting an unblemished record of 9-0 with an ERA right around one ? but that hasn?t stopped Blake from working in a slider to Thomas? repertoire.

?If he had something a little bit firmer to get in on the right-handed hitters ? like a slider or cutter ? he?d have a real nice four-piece mix. The slider should be ready by the end of the season, it?s that close,? Blake said back on July 17.

There?s little doubt Blake?s impact has been felt by the staff, but there?s no doubt it?s been felt in the box score. For the season the Red Sox posted a 3.32 team ERA, struck out 354 batters while holding them to a .235 batting average ? all good for third on the Cape in 2015. The most-intriguing statistic that could, perhaps, be attributed to Blake is the team?s league-leading eight shutouts, especially when you consider the team has seven shutouts in the three previous seasons combined.

And although the team has been led by a steady, potent lineup, it?s the pitching that has brought the Red Sox to within a game of earning yet another Cape League championship ring. As the team completed a 2-1 series win against top-seeded Orleans, Blake tweeted out the winning formula for Y-D?s success:

As the Red Sox enter their final game of the season, Pickler?s team is in good hands with Blake pulling the pitcher?s strings.