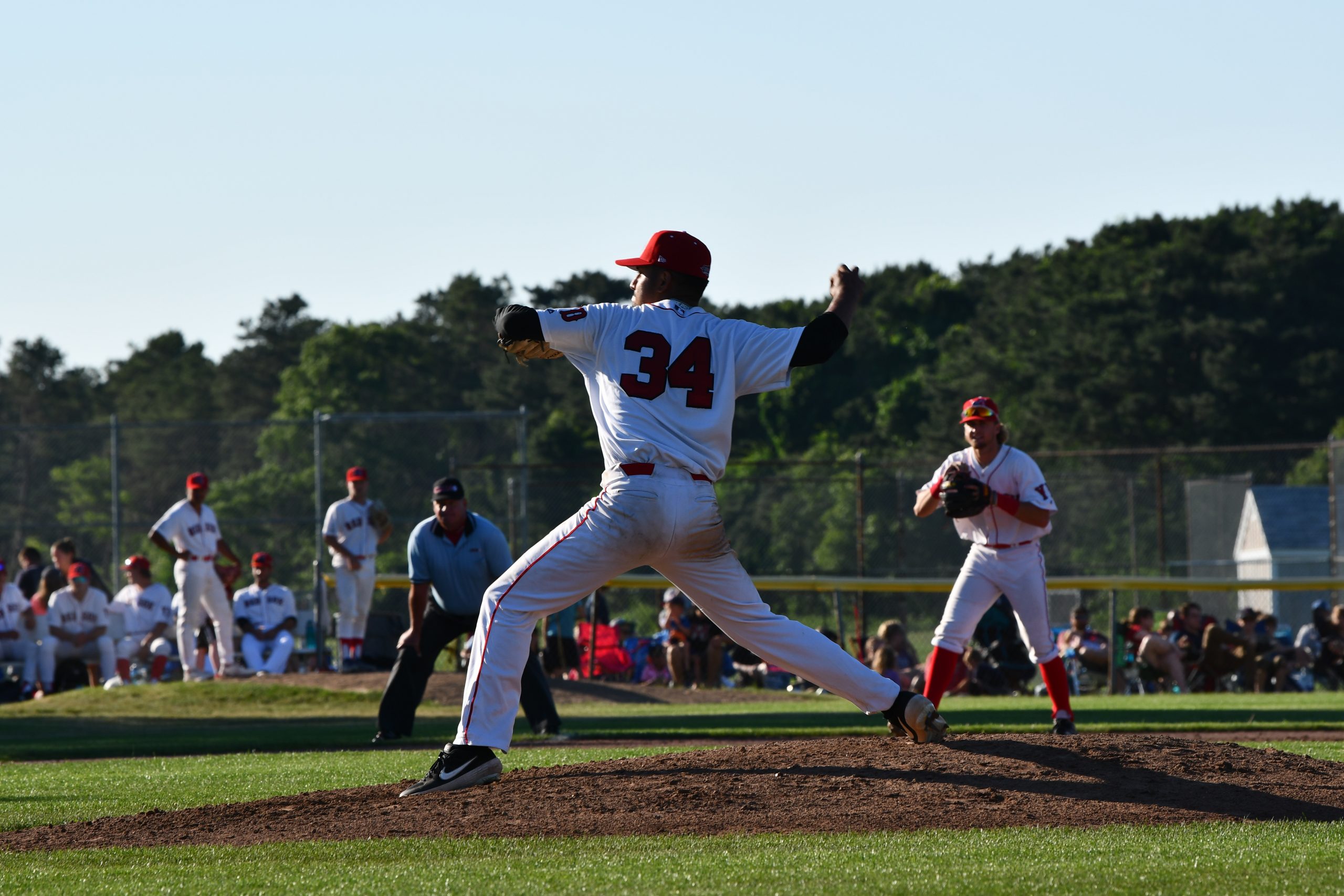 SOUTH YARMOUTH — For the first time in 684 days, Cape League baseball returned to Red Wilson Field. A late innings surge by Y-D gave the 2,800 fans in attendance something to cheer for as the game ended in a 5-5 tie through nine innings.

Entering the bottom of the ninth inning, the Red Sox (0-0-1) found themselves two runs back and in desperation for a rally. After two base hits and a walk by the top three batters in the Y-D lineup, Pascanel Ferreras (Western Carolina) came to the plate with one out and the bases loaded. He delivered in the high pressure moment with a base-hit to score two runs and tie the game.

“Bases loaded, I have a little bit of nerves. I mean, you have a good pitcher on the mound and I was just trying to put the ball in play and not do too much. I got in a good count, 3-2, and I just hit a ball…” Ferreras said.

The Red Sox struggled to find their groove offensively early on, but their bats came to life in the eighth for a pair of runs and the ninth for two more.

Red Sox manager, Scott Pickler, had nothing but positive things to say about the resiliency of his team.

“I thought what they did in the eighth and ninth inning was special… It’s a typical Cape League game, the big thing is that they were able to fight back at the end. We got some key hits in key situations,” Pickler said.

The Red Sox committed a total of four errors in the nine inning affair, which nearly lost the game for them. Brewster put together a three-run third inning on only one hit giving them the early advantage.

Only two of Brewster’s five runs were earned, showing Pickler and the coaching staff what improvements the team needs to make as the young season progresses.

“I thought the pitchers were outstanding. [Ramirez] gives up one run if we just play catch. I thought he was very, very good,” Pickler said.

Y-D looks to continue that late-game momentum into tomorrow as they head to Harwich for a 6:30 start against the Mariners at Whitehouse Field. Drew Thorpe (Cal Poly) is set to take the mound for Y-D.