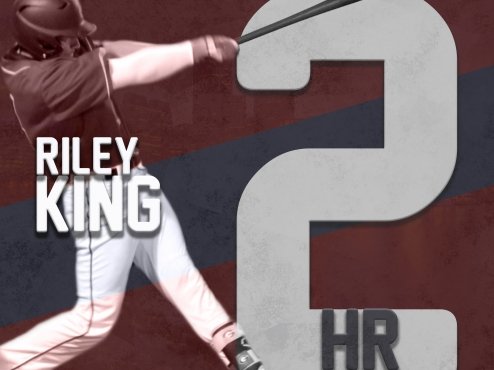 SOUTH YARMOUTH ? After struggling both at the plate and on the mound for three straight games, the Red Sox bounced back and ended their losing streak on Thursday night. They defeated the Brewster Whitecaps 5-3 and are now tied with the Chatham Anglers for first place in the East Division.

One thing that Y-D has been consistently good at all summer long is two-out hitting. In the home half of the first inning, Austin Wells (Arizona) blasted his league leading sixth home run over the centerfield wall. He?s now hitting .341 with 21 runs batted in to go along with those 6 big flies.

Jack-Thomas Wold (UNLV) got things started in the second with a leadoff base hit. For a large part of this summer, Riley King (Georgia) has been regularly batting in the cleanup spot. Although he gets on base nearly every game and had 18 hits coming into this one, 17 of them had been singles. He moved down to the seventh spot in the order, and looked like he had something to prove. On the second pitch of the at bat, King crushed a two-run home run off of the scoreboard in left field. He was just getting started.

The 3-0 lead allowed Erik Tolman (Arizona State) to settle in nicely. Brett Auerbach (Alabama) drove in a run on a fielder?s choice in the top of third; the only run Tolman allowed in the outing. He ended up going 5.2 innings, giving up 1 run on 5 base hits while striking out 8 batters. He was hitting his spots and throwing strikes all night long as he didn?t walk a single batter.

The home half of the fifth went very similarly to the second inning. Wold reached after he was hit by a pitch, bringing King back up to the dish. He fouled off three pitches in a tough at bat, before finally hitting his second dinger of the day to give the Sox a healthy 5-1 lead.

Mason Dodd (Belmont Abbey College) hit a two-run shot in the top of the eighth to put Brewster right back in this game at 5-3. Runners then reached first and second base, putting the go-ahead run at the plate with no one out. That?s when Taylor Dollard?s (Cal Poly) number was called, and he was his usual self. He forced the first batter he faced to ground into a double play, and then followed that up with a game-ending strikeout. This one was called after the top of the eighth due to darkness, giving the Red Sox win number 15 of the summer.

Riley King?s night ended with four hits in four at bats, two home runs, a double, and four runs batted in. When asked about his big day, he said, ?It felt really good. Really just kind of trying to stay even. Stay within myself. Not trying to get too high or too low. Just trying to do my thing and have confidence, and really just clear my mind when I go to the plate and see the ball hit the ball.? He gave a lot of credit to Coach Scott Pickler for helping him make adjustments to his swing, and also reiterated that his approach at the plate is really to try to clear his mind and not think too much. It was great to see King display the power we all know he has, look for more of the same from him going forward.

The Red Sox are entering a highly anticipated game on Friday night when Chatham visits Red Wilson Field. Both teams are tied atop the East Division Standings with 31 points each. The winner will take sole possession of first place as we are nearing the All-Star break. First pitch will be at 5:00 P.M. as Y-D tries to win back to back games.