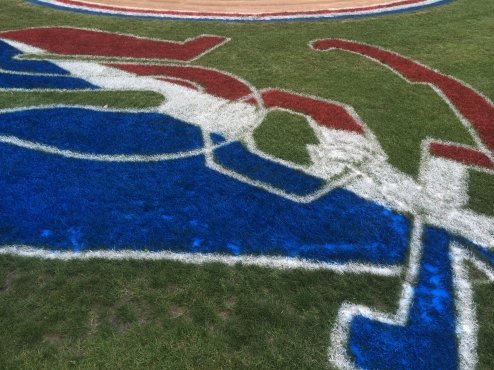 SOUTH YARMOUTH, Mass. ? Four members of the Yarmouth-Dennis Red Sox have been named to the 2016 Cape Cod Baseball League East Division All-Star team. The Cape League made the announcement Saturday.

Y-D?s Kevin Smith will start the game at shortstop, while pitcher Bryan Pall along with outfielders Matt Winaker and Tyler Houston were named reserves for the squad.

A rising junior at Maryland, Smith has appeared in all 29 games for the Red Sox thus far, emerging as one of the most effective shortstops in the Cape League. Originally from East Greenbush, New York, he has committed just three errors this summer?good for a .975 fielding percentage, which ranks second in the league among shortstops playing in more than 25 games. Additionally, his .310 batting average ranks third on the team. Smith is no stranger to awards, either?he garnered Perfect Game First Team Freshman All-American honors in 2015.

Pall has stood out as one of the best closers in the league this summer, posting six saves and also earning a relief win against Brewster on July 12. The Michigan righty has held opposing batters to just a .174 average and allowed just one run over 13 innings of work. At school with the Wolverines last spring, the Orland Park, Illinois product made 25 appearances out of the bullpen, earning four saves and three wins.

Winaker is a rising junior at Stanford and has knocked in 13 runs this summer, second-highest among the Red Sox. The 2016 All-Pac-12 honoree also maintains Y-D?s second-best batting average (.325) and has smacked three doubles, a triple, and a home run on the season. Originally from Alamo, California, Winaker went 4-for-5 and scored a run in a 4-0 win at Orleans on July 13. He was a defensive mainstay in the Stanford infield last season, finishing the year with a perfect 1.000 fielding percentage after 469 chances.

A 2015 Y-D returnee, Houston is a rising junior from Butler University and Brownsburg, Indiana. After helping the Red Sox to the Cape League Championship last summer, he proceeded to post a .308 average at school, the second-highest on the team. In 19 games with Y-D this summer, he boasts a team-best .327 average and 12 RBI. His breakout game came on June 18 against Bourne, going 3-for-4 with two doubles. Houston knocked in two runs and scored once in the 5-1 win over the Braves.

Veterans? Field in Chatham, Massachusetts will be the site of the 2016 Friendly?s Cape League All-Star Game on Saturday, July 23. Fans can purchase tickets for $5 in advance at any Cape League ballpark or at Veterans? Field on the day of the game. The game will also be televised nationwide on Fox College Sports Atlantic.