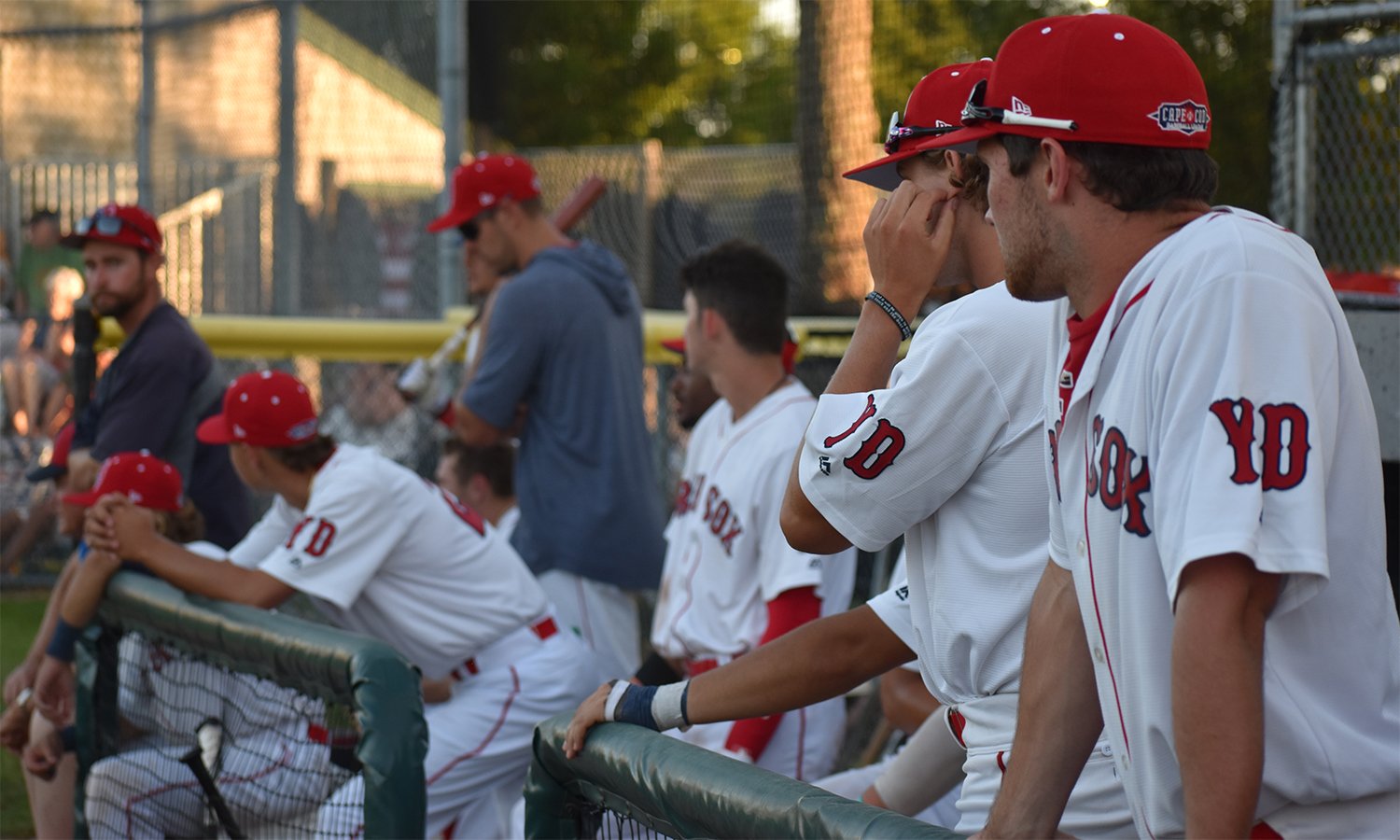 The fog rolled into Whitehouse Field on Thursday night as the Red Sox went on the road to Harwich for their third matchup against the Mariners this season. The first two games ended with Y-D victories, but this game showed a new result as the Mariners came out with a 5-3 win.

It did not take long for Harwich to put crooked numbers on the scoreboard. In the bottom of the first, they ran a carousel around the bases. Y-D starter, Zach Franklin, got pulled in the first inning after giving up three runs on four hits, leaving the bases loaded, and recording no outs.

Jacob Meador took over for Y-D, and had his work cut out for him. He was able to shut down the following three batters and limit the damage, getting out of the inning down 3-0.

In the bottom of the second, however, the Mariners were able to extend their lead when Brock Wilken doubled down the left field line to bring Tatem Levins home, making it 4-0 in favor of the home team.

As the top of the fourth rolled around, the Sox were finally able to make some noise of their own when an infield single with a throwing error put Kody Huff on second base to start the inning. Chase Luttrell then hit a sharp grounder that could not be handled by the Mariner’s second basemen. This brought Huff around third base and to the plate for Y-D’s first run of the night.

Coming into the bottom of the fifth, The Sox found themselves down 5-1 and in more trouble when Y-D pitcher, Zach Jacobs gave up a walk and a double to the first two batters of the inning. However, with runners on second and third with no outs, Jacobs picked off the runner at third, and followed it up with back to back strikeouts to end the inning with no runs scored and kept Y-D’s hopes alive for a comeback.

The Red Sox built off the Jacobs energy and began to rally in the sixth. With the bases loaded, Wyatt Hoffman scored on a wild pitch, and two pitches later Tanner Smith hit a sacrifice fly to bring Luttrell home. Y-D was able to make up some ground with those two runs and made it a 5-3 ballgame.

That would be it for the Red Sox offensively on Thursday night as they quickly ran out of opportunities to score and were unable to get another rally going.

Tomorrow night the Red Sox hope to avoid a tropical storm and a second consecutive loss as they plan to head over to Falmouth and play the Commodores for the second time this season.

In their last matchup, Y-D shut the door on the Dores with a 5-4 victory at Red Wilson Field. The game is likely to be a wet one, but the Red Sox look to get their offense back on track Friday night and put up another tally in the win column.