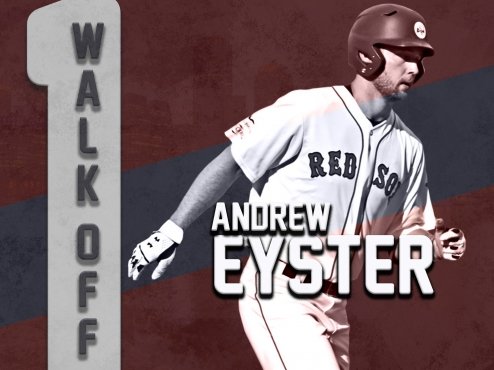 SOUTH YARMOUTH ? In what was with no doubt the most exciting game of the summer, the Red Sox came out on top with a 6-5 win. They won in walk off fashion thanks to an incredible comeback in the home half of the ninth.

After leaving two runners on base in the first, Y-D came through in a big way in the second. Riley King (Georgia), R.J. Yeager (Mercer), and Noah Cardenas (UCLA) loaded the bases for the top of the order with only one out. Wyatt Young (Pepperdine) drove the very first pitch he saw deep into right field for a bases clearing triple, giving the Sox a 3-0 lead.

Ledgend Smith (Oklahoma) was on the mound for Y-D and cruised through the first four innings. He did give up a run on a base hit in the third, but came back strong in the fourth. With Y-D leading 3-1 in the fifth, Smith had forced Brewster into what appeared to be an inning-ending double play. Instead, a runner who seemed to be thrown out at first after attempting to tag up for second was ruled safe. With the bases loaded and two outs a couple of batters later, T.J. Collett (Kentucky) changed the game with a grand slam. Smith had struck out six batters and was having a great day to that point, but the big fly ended his outing as the score was now 5-3.

In came Oscar Carvajal (Fresno State) who would end up keeping the Red Sox within striking distance. He pitched three scoreless innings out of the bullpen, struck out six with no walks, and only gave up one hit. Cullen Kafka (Oregon) entered the game with two outs in the eighth to get Y-D out of the inning before giving the ninth to Taylor Dollard (Cal Poly). He sat the Whitecaps down in order, giving the Red Sox one last chance to make something happen.

With one out in the bottom of the ninth, Erik Tolman (Arizona State) crushed a pinch hit solo shot which gave Y-D some life. Cardenas continued the rally by roping a double before Young came to the plate. Sam Hall (Clemson) pinch ran for Cardenas, and as Young hit a ground ball right back to the pitcher, Hall was thrown out at second base. There were now two down, but Brad Beesley (Cal Poly) kept it going with an infield single. Austin Wells (Arizona) was exactly who the Sox wanted at the dish with the game on the line, and he hit a ball just barely through the left side, just enough for Young to slide home safely on a close play at the plate. That tied the game 5-5, and the Whitecaps elected to intentionally walk Noah Campbell (South Carolina) to load the bases. With two balls and two strikes, Andrew Eyster (South Carolina) ripped a ball to third base and it couldn?t be handled. The walk off hit gave the Red Sox a 6-5 victory in what was a much needed win.

Y-D improves to 19-13-2 with 40 points on the year, but still remain two points back of Chatham. The All-Star game (which features four Red Sox ? Wyatt Young, Austin Wells, Riley King, Noah Campbell) will be played on Sunday at 6:00 P.M. at Eldredge Park. On Monday at 5:00 P.M. the Red Sox will host the Bourne Braves at Red Wilson Field.