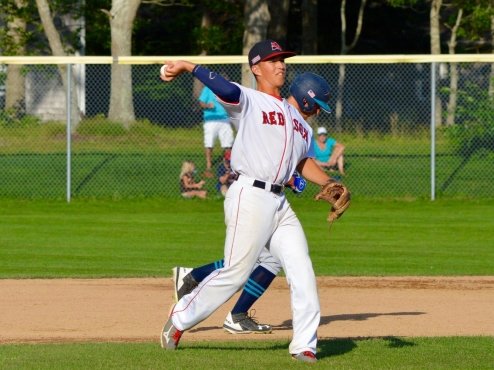 WAREHAM ? The Cape League All-Star game is an opportunity for the best of the best of the best to band together and showcase their talent. It?s one day where players don?t stress about climbing over one another in the standings or for the attention of scouts.

Sure, they go right back to that the very next day, but for twenty-four hours it?s a celebration of college baseball?s elite in a league that offers little frills and a whole lot of baseball thrills.

Yarmouth-Dennis second baseman Tommy Edman, who earned the starting spot at second for the East All-Stars Saturday, offered up a selflessly thrilling move for a baseball family by offering up his position.

Harwich second baseman Cavan Biggio, a reserve for the East All-Stars, had a big weekend ahead of himself ? earning the opportunity to play in the All-Star game on Saturday and then watch his father, Craig Biggio, a former Cape Leaguer with Y-D, be enshrined in the Cooperstown Baseball Hall of Fame Sunday.

Time was the only thing that could throw a wrench in this celebratory weekend.

Knowing this, Y-D manager Scott Pickler and Harwich manager Steve Englert got together to make it all workout for Biggio. The two approached Edman about the idea of starting the first inning and then handing the second base reigns over to Biggio for four innings so he could jet off to Cooperstown, New York.

?He didn?t even think twice about it,? Pickler said in regard to Edman. ?It?s amazing. That really speaks to the type of person Tommy is.?

Edman, a Stanford Cardinal in northern California, and Biggio, part of the Fighting Irish in South Bend, are friends outside of the Cape League dating back to a showcase tournament in high school.

For Edman, it was an easy decision to help a friend in a bind.

?It really wasn?t a big deal at all,? Edman said in an attempt to brush off the spotlight.

But Biggio knew being a part of the All-Star game and his father?s Hall of Fame enshrinement wouldn?t have been possible without the selfless act of Edman.

?Tommy has been a huge help in making this weekend work. I can?t thank him enough. It?s truly selfless on his part,? Biggio said.

While it?s easy for fans to be blinded by rooting for their favorite Cape League teams this summer ? both Edman?s Red Sox and Biggio?s Mariners are jockeying for playoff position in the stacked East Division ? every Cape League player has a unique bond that goes far beyond the boxscore and will stay will them long after crossing the Bourne Bridge to return to their respective schools.

On Saturday, as players from all over the Cape gathered to rejoice in their successes, Edman?s selfless act of kindness towards a divisional rival, but more importantly, a friend, embodying the bond between ball players, couldn?t have been more evident.