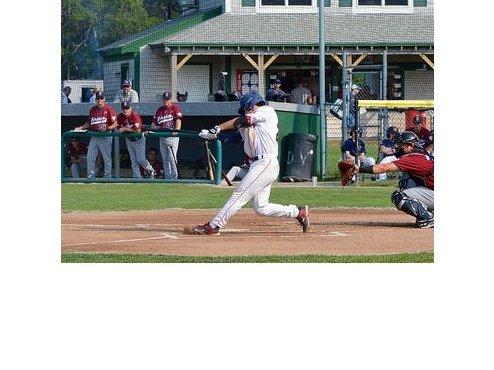 SOUTH YARMOUTH ? Yarmouth-Dennis second baseman Tommy Edman squeezed out a victory in the bottom of the ninth with a two-out RBI single against the Falmouth Commodores (12-18 / 24 points). The Red Sox (16-14 / 32 points) won, 4-3, Wednesday night from Red Wilson Field ? their fifth straight and seventh in their last nine games.

Edman (2-for-5), up with the bases loaded and one out, had the weight of the game on his shoulders after failing to get a suicide squeeze down ? causing pinch hitter Luke Bonfield to be out in a rundown between third and home ? and knowing the game would not enter extra innings due to darkness.

?It was a bad mistake missing that squeeze play,? Edman said after the game. ?That?s what baseball is all about. You got to come back after making a mistake and forget about what happened in the past and focus on what?s happening in the present.?

He did exactly that. He laced a single up the middle past the glove of pitcher Wyatt Short and plated left fielder Josh Vidales (3-for-4 / 2 runs scored) for the winning run.

?It was tough [picking up the pitch]. A little bit of guessing was going on there at the last at-bat. Great way to end the game, obviously we didn?t want to end in a tie,? Edman said.

The walk-off victory is the second in three games for Y-D who won in extra innings against Wareham, 3-2, on Sunday.

His two hits extend his Cape League-leading reached base streak to 24 games and hitting streak to 10 games. Dating back to his season with Stanford, Edman has reached base in 40 of his last 41 games played between Stanford and Y-D.

Speaking of streaks, right fielder Cole Billingsley extended his hitting streak to 12 games with a 3-for-5 performance.

First baseman Ryan Noda got the scoring started in the bottom of the fourth inning with a double off the base of the fence in center field, plating right fielder Michael Donadio. That is Noda?s 11th RBI on the season.

The lead wouldn?t last long, however, as the Commodores answered back with a three-run homer by first baseman Evan Skoug in the top half of the fifth inning against Red Sox starter Dustin Hunt. All three runs were unearned due to a fielding error by Noda.

Hunt, a Northeastern product, had his longest outing of the season going 5.1 innings allowing seven hits while striking out seven and walking none. Manager Scott Pickler said before the game that Hunt may not have a regular three-pitch repertoire yet, but has two superior pitches in a 90+ fastball and devastating slider. Both were on display at Red Wilson Field.

He wouldn?t be on the hook for the loss for long after three doubles from Vidales, Billingsley and Donnie Walton (1-3 / 2 RBI / SB) ? the latter of whom drove in two runs to pull the game even.

Still knotted at three runs apiece in the top of the seventh, reliever Doug Willey gave up a pair of singles and walked catcher Logan Ice to load the bases before recording an out. That would be the end of his day.

Pickler called on newly signed right-handed pitcher Chad Hockin to get Y-D out of the jam unscathed. Hockin, a 6-foot-2, 200-pound Cal State Fullerton sophomore topping out at 96 MPH on the gun, appeared unphased by the moment ? needing only nine pitches to get out of a rough situation with two strikeouts.

He earned the victory with a stellar three inning performance, striking out three and walking one in his first Cape League appearance.

Hockin?s battery-mate, Charles Hudgins, got the start at catcher for his first game as well ? replacing the newly departed Mike Papierksi. He went 0-for-3 on the evening.