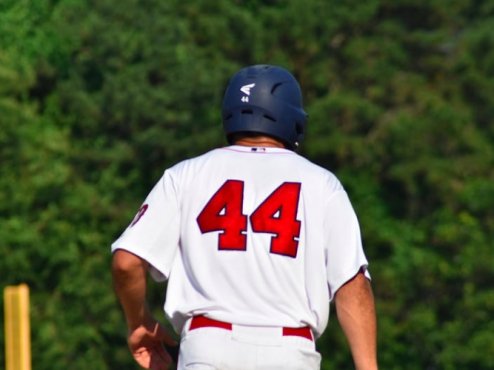 Brady Batten (Houston Baptist) made his second start of the season and carried a no-hitter into the sixth. Brady Lindsly (Oklahoma) led off the inning and singled to short to break up Batten?s no-no. The right-hander gave Coach Scott Pickler six terrific innings, allowing only four Hyannis base runners on the evening.

?My changeup was really working tonight,? said Batten after the game. ?I was able to throw it for a strike and get ahead of a lot of guys.?

Matt Dyer (Arizona) was the next runner home, scoring on a Christian Koss (UC Irvine) sacrifice fly to right. The final run of the inning came on an Andrew Daschbach (Stanford) RBI single to right that scored Ashford.

Y-D added two more runs in the fifth on Daschbach?s double off of Connor Donahue (UMass Amherst). The slugger from Stanford went 3-5 with four RBI Thursday.

The Red Sox added four more runs in the ninth for good measure. Jonny DeLuca (Oregon) scored on a Christian Koss triple and Daschbach chipped in his fourth RBI of the night with another double. Noah Campbell (South Carolina) scored on a wild pitch and Luke Waddell (Georgia Tech) contributed an RBI single that scored Daschbach.

Michael James (Hofstra) tossed a scoreless inning of relief and should see some work against left-handers during the playoff run. Newcomer Mike Cowell (Fordham) made his debut on the last day of the regular season, throwing two innings of relief while allowing just a single run in the ninth.

The owners of the two highest qualified batting averages in the league were both in the lineup at McKeon Park for the season finale. Matthew Barefoot (Campbell) ultimately edged out Noah Campbell for the batting tile with his .379 mark. Finishing with the second-best batting average in the prestigious Cape Cod Baseball League is nothing short of remarkable though, especially for a rising sophomore like Campbell. The slugging second baseman is a frontrunner for the league?s MVP award, given to the most valuable player in the regular season.

The Red Sox, along with the other nine teams on the Cape, will be off on Friday. Y-D will host the Brewster Whitecaps at Red Wilson Field Saturday in Game One of the East Division semifinals.