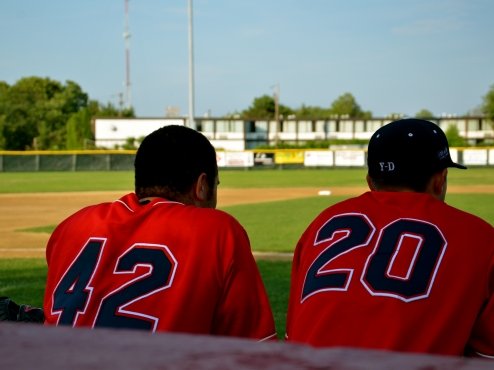 The Falmouth Commodores visited Red Wilson Field on Friday to take on the Yarmouth-Dennis Red Sox for the third of four meetings between the two teams on the season. The Commodores came out on top, winning the game 5-1 behind a strong start by Charles Mulholland (South Florida) and timely hitting.

The Red Sox scored their only run of the game in the first inning on an RBI fielder?s choice from Hunter Cole (Georgia). Cole continues to produce runs for the Red Sox, as it was his ninth RBI in the last three games. Y-D?s lineup was silenced by the right-hander Mulholland for most the night. Mulholland allowed only one run on three hits in six innings pitched. Even after Mulholland exited the game, the Sox could only muster two hits in the remaining three innings of play.

The Red Sox 1-0 lead would not last long as the Commodores quickly tied the game in the third inning. A lead off double by Jake Madsen (Ohio) followed by a single by Shaun Chase (Oregon), allowed Madsen to score on a double play to tie the game at 1-1.

The Commodores took the lead for good in the fifth inning. A two-out triple from Trever Morrison (Oregon State) scored Conor Costello (Oklahoma State) to make the score 2-1. The Commodores scored two insurance runs in the seventh inning to extend their lead to 4-1. Madsen got his third hit of the game in the eighth inning, doubling in Costello to tack on one more run for the Commodores. Kevin Mooney (Maryland) pitched a scoreless ninth inning to secure the win for Falmouth.

The loss dropped Y-D?s record to 5-10 and Falmouth improved to 7-7-1 on the year with the win. The Red Sox look to win an East Division matchup when they travel to Eldredge Park on Saturday, June 28th to take on the Orleans Firebirds. First pitch is set for 7:00pm.