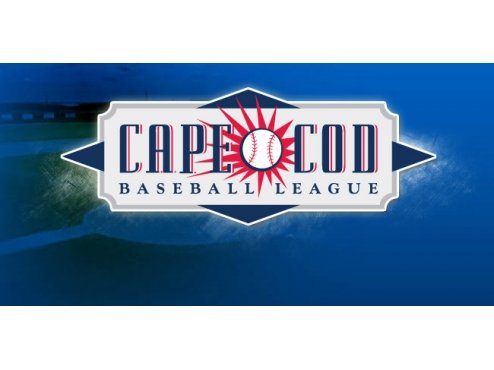 If there?s one thing about season-to-season results in the Cape Cod Baseball League, it?s that nothing is guaranteed and even less is predictable.? It?s a summer amateur league for America?s Favorite Pasttime, arguably the most competitive and selective at that, and the roster turnover results in a strange, year-to-year variation that makes almost everything impossible to predict.

Since the turn of the century, the Yarmouth-Dennis Red Sox and Chatham Anglers represent the two sides of that spectrum.? In the pre-2000 era, the then-Chatham Athletics rewrote record books, winning five league championships, including three in a seven year stretch from 1992 until 1998.? They developed a formula for winning based on strong pitching and timely hitting, with a roster managed by one of the stewards of summer in John Schiffner. ?Since then, however, Chatham?s made just two trips to the league championship in the playoffs with just one regular season Eastern Division title; they have not won a title.

In difference, though, the Y-D Red Sox represent the new era of the Cape League.? Prior to 2000, Y-D won two CCBL championships, claiming back-to-back crowns in 1989 and 1990.? They?d won just three regular season division championships from 1988-1990, and those two Arnold Mycock Trophies represented their only trips to the league championship series under the divisional era format.? But in the years since, Y-D?s rewritten the record book; they won the league title in 2004, 2006, and 2007.? They won the divisional title three additional times in 2009, 2010, and 2012.? And they lost three times in the league championship series, also in 2009, 2010, and 2012.? They?ve rewritten the way the Cape League recruits and plays, and they?ve done it at the expense of their Eastern Division rivals.

What makes the two teams so different?? And why, in summer amateur baseball, can one team succeed year-in and year-out, while another struggles to regain traction with each season.? We?ll take a look at how a team is built, piece by piece, starting with what players are available for a team in terms of straight eligibility:

There?s one thing about the Cape League; each year literally represents a clean slate.? Almost immediately after a season is over, a team has to start planning for the next year, literally, in terms of who will play for them.? Owing to its status as a summer amateur league, players attend a summer on the Cape with hopes of furthering their dreams of becoming professional baseball players.? That means they have to take a 44-game schedule and leave a big enough impression on scouts that they can return to their college team, keep momentum going, and be a big hitter name in the following June?s draft.

The Cape League restricts its eligible player pool to only those who are not graduated but are already on college teams.? That means the pool is restricted to three years of players, those that are freshmen headed for sophomore year; sophomores headed for junior year; and juniors headed for senior year.? Graduated seniors are excluded, as are incoming freshmen.

Of those players, the Cape League franchises typically draw the majority of their players from rising juniors.? Major League Baseball?s draft structure states that a player can be drafted following his senior year of high school.? As soon as that player sets foot on a college campus for his freshman year, the MLB team loses control over that player and no longer has any exclusive-rights to sign him.? The player is then draft ineligible until after his junior season.? In layman?s terms, the sophomores are rising juniors and therefore are headed into their draft-eligible year.? Being able to make a good impression on the Cape and spill that over into a solid junior season essentially can skyrocket draft stock.

The freshmen are usually few and far between, simply because they have to wait 23 months until they become draft eligible.? By taking on a freshman, an MLB scout would have to wait through the summer, then the sophomore college season, then the summer again, and then the junior college season before the player would become draft eligible.? It adds too much time, and there?s no need to see a player that much with so many variables potentially affecting a career.? One year earlier, the team could?ve drafted them as a high school senior.

Likewise, the juniors usually aren?t as sought after, but it?s not for the scout purposes as much as it is for the team.? A team on the Cape can take a junior, and they often times do take a few players who were drafted in that June?s MLB Entry Draft.? But a team with draft rights can negotiate all through the summer.? At any time, the player can sign the contract.? If a rising senior is drafted in the 15th round and negotiates to where he wants a contract to be, he can sign.? The Cape League team then loses him and has to replace him from a pool of players either sitting around not playing baseball or temporary staffers found throughout the lower levels of summer ball.

In essence, the player eligibility is a fine line that meets in the middle of sophomores heading into junior year.? Scouts have no need to look at freshmen unless they?re really that good, and teams have no need for juniors who?ve already been drafted.? So the majority of players meet in the middle.

That?s not to say that teams intentionally look at players who are only rising juniors.? A drafted player who thinks his draft position is way too low can sometimes be just as dangerous as a player looking to impress for the next year.? In 2006, David Robertson was a 17th-round pick of the New York Yankees in the 2006 MLB Entry Draft.? Robertson went to Yarmouth-Dennis that summer with something to prove and some mechanics to work on.? Pitching in front of the Yankee scout (and all the other teams there to look), Robertson developed a vulcan curveball and lethal changeup to go along with an above average fastball.? The Yankees took a long, hard look the entire summer, and Robertson ended up winning playoff MVP as Y-D won the championship.? The night of the championship victory, the Yankees upped their signing bonus and contract offer to a level where Robertson signed.? Because of his Cape League season, he ended up driving up his asking price to the Yankees by a couple of rounds-worth of money, and New York had to take it, otherwise they?d risk losing him to a higher-round and some other team in the next year?s draft (remember ? the second a player sets foot on campus to start the year, the team loses their draft rights).? Robertson is now the setup man for Mariano Rivera and helped the Yankees win the 2009 World Series.

It?s a delicate balancing act between bringing in new players and restocking with old players.? Baseball players typically develop their own chemistry and clubhouse attitude based on a whole season.? It?s possible the Cape League team could specifically play a 44-game schedule with young guys, watch how they develop, then bring back as many players as possible for the next season in hopes of winning a championship.? Or a team could hypothetically look at their roster and bring back pieces from a championship run.

But the checks and balances stem from two things ? 1) a team can only reclaim a maximum amount of players and 2) the players who win one season aren?t guaranteed to be as good the next year.? On the converse of a Robertson situation, Y-D brought back a chunk of its 2004 championship team for 2005.? They had five players in uniform in ?05 that helped hoist the trophy in ?04.? Among those returnees was a future top-end rotation starter for the Toronto Blue Jays (Brandon Morrow).? Yet the 2005 Red Sox fell well short of the championship, missing the playoffs with a 20-23 record.

Things change from year-to-year in terms of eligibility.? The players who came back for Y-D had already been there and done that, and of the five that returned, three saw dips in productivity, including one that ended up hitting under .200.? For players who?d already played in the wood bat league, the aspect of switching from aluminum didn?t apply; they?d already learned how to hit with wood.? The next year in 2006, Y-D didn?t bring back anybody and won the first of two consecutive championships.? So that debunks the theory of stocking solely on younger players with the intention of developing them, farm system style, and keeping them for multiple seasons.

The delicate process of building a champion stems from the available pool of players.? From there, a manager and general manager need to assemble a team based on who they think can help them win a championship.? In the words of Herb Brooks, ?I?m not looking for the best players; I?m looking for the right ones.?? And it starts with the pack of who?s eligible and why they?re available.

Next time up, we?ll take a look at what makes a champion on the field and in the bullpen.