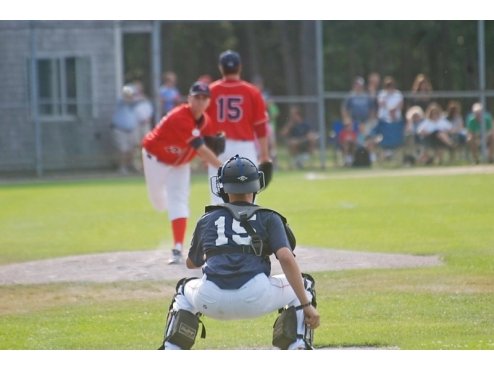 If finding the right players was easy to build a winner, every team would compete for a championship every year. A championship team needs the right combination to gel together at exactly the right time. If a team peaks too early, they won?t have enough left in the gas tank to finish the season strongly. If a team peaks too late, they might not get a chance to showcase themselves on the grandest stage. And if a team doesn?t peak at all, the season is lost.

In the Cape Cod Baseball League, finding the right combination year-in and year-out is a near impossibility. With roster turnover and the constant steady flow of ballplayers coming in and heading out, the CCBL churns out professional prospects every season. But where Major League Baseball restocks its coffers in the minors with Cape League talent, teams need to find the right players to come into their uniforms every season in order to win championships.

Some teams developed a formula. The Wareham Gatemen and Yarmouth-Dennis Red Sox each have formulas built from their manager and general manager. For years, Wareham scouted every single great low-level Division I ballplayer in the northeast. Former GM, the late John Wylde, was a Harvard man himself, and the brains behind the Gatemen scoured New England?s baseball landscape for the best hungry ballplayers offered up.

Y-D, meanwhile, built a dynasty in the 2000s out of pipeline schools and states. Manager Scott Pickler is a California guy, managing at Cypress Junior College in Cypress, California. Using a formula of speedy runners and guys who could get on base, Pickler and general manager Jim Martin built ballclubs out of players from places like Cal State-Fullerton, Fresno State, and Stanford. Their championships had a number of players from Texas and Florida-based schools, baseball factory states in the heartland of the collegiate game. Between the west coast and the SEC, Y-D has been a factor in the championship hunt almost every year since the turn of the century.

With different theories, how do teams build winners? Our second part looks within the rosters to determine what makes a winning combination on the tiny peninsula with so much baseball tradition.

The Cape Cod Baseball League is known as a pitcher?s league. The switch for most hitters from aluminum bats in NCAA play to the wooden bat atmosphere of the summer is one built on a harsh and unforgiving reality. Aluminum bats overcompensate for mistakes; hitters can make a mistake and still get hits with metal bats. The newer, composite metal bats are designed to be lighter and pack more pop, meaning a batter can drill a ball even if he partially misses it. Collegiate baseball pitching stats have been taking beatings, with the national average of earned runs allowed well over 4.50. In contrast, the Cape League, which draws its talent from the top tier of the college baseball game, was only around 4.20, with a deviation from first to 10th in the league of only one earned run per game.

Building a winner on the Cape is something that is as challenging as it is complex. Managers typically have the toughest job, needing to further a ballplayer?s skills, while at the same time not ruining a player for his college stats. So they need to be able to rely on a player?s raw power while at the same time refining it?but not too much.

This is where the balance is very delicate. Y-D built their championship teams off of players from baseball factory schools, players who could win on talent and talent alone. That talent was harnessed within a team factor, meaning each player was recruited for a specific raw skill they brought to the table. A player like Buster Posey was used as the centerpiece because of his all-around talent, and the roster was built out from there. With Posey at shortstop in 2006, Y-D built its lineup with a couple of speedy outfielders, a couple of brawny power hitters, and role players who could play the style Scott Pickler favored. It?s not that the players brought into the team were the best available, but they were the right ones to excel in the Pickler system.

The small ball mentality has helped Y-D to successful runs in nearly every year since the turn of the century. Under the old format where only the top two teams in the division made it, the Red Sox made the playoffs in 2001, 2002, 2004, 2006, and 2007, a rate of 62.5% or five out of eight seasons. Only three times did they not make the playoffs, and in those three years, they only finished in last place once. In a league with the turnover of the Cape League, it illustrates just how well the formula at Red Wilson Field actually works.

But, as we?re all aware, hitting is only a third of the game in baseball. The Red Sox are built on a formula of strong starting pitching made up from the middle tier of power conferences. They?ve often taken the best starter from particular schools as opposed to taking players from the best rotations across the nation. They find value in the #1 starter from a place like Kentucky or UCLA. They?ll have pitchers coming this summer from Seton Hall and UNLV, but looking beyond a 6-5 record reveals a pitcher who?s thrown the most innings on his team, recorded the most strikeouts, or held opponents to a lower batting average.

It?s a form of sabermetric employed that reveals an ability to find hidden jewels throughout the 200-plus Division I baseball programs. While it?s easy to find a #1 starter, it?s harder to look beyond a bad outing for positives against a tough team. A pitcher who gives up five runs and 10 hits against a place like a South Carolina might have thrown four strong innings before unraveling in the fifth. Over the years, Y-D looked for those pitchers and found them, players like Terry Doyle from Boston College or David Robertson from Alabama. These are often the players picked in the draft anywhere from round 15 to round 30.

Bolstered by a solid defense and the right hitting machine, these pitchers typically can excel in situations they don?t have in college. An average pitcher like Michael Goodnight from Houston was drafted out of high school by Cleveland in the 27th round. He chose to enroll in college, reentering the draft in 2010. There, he was chosen again by the Indians, but this time he was picked in the 13th round. Goodnight spent that summer on the Cape, where he won six games over 37.1 innings pitched. His ERA was below 3.00, and he struck out 27 while only walking 10. This came after a year in Conference-USA, one of the better baseball leagues in the nation, in which the Cougars finished sub-.500 in both overall and league play. They picked up wins that year over Texas, Texas Tech, Santa Clara, and Cal. Y-D, meanwhile, found the hidden gem on a staff that flew under the radar despite having some obvious, yet limited, success.

When a good pitcher is paired with a much better roster behind him, a venerable All Star team by the coach?s standards, the team benefits. And while the individual players are sometimes throwaways by Major League Baseball scouts, they can benefit from the sum of the full parts. Tyler Hanover, for example, came from LSU, a baseball cathedral by NCAA standards. But he was lowly regarded because of a diminutive stature among his more highly-regarded teammates. A rare three-year Cape Leaguer, he hit .300 and appeared in the All Star Game in 2009. In 2010, he hit .286 and appeared in the All Star Game. In 2011, he hit over .400 in the CCBL Playoffs. But he was drafted in the 40th round in 2011 and in the 33rd round in 2012, following his two years down the Cape.

While Hanover might not be bound for the big leagues (he?ll have a lot to prove there), he will go down in history as a Cape League legend. He might be lowly regarded by The Show, but he was the perfect fit for the infield and lineup for Scott Pickler. And while his pro aspirations are a high road filled with thousands of more highly-regarded prospects selected in front of him, he was selected for the sole purpose of helping to win a Cape League championship, something Y-D has experience doing and something they?ve come pretty close to doing multiple times in the Pickler era.